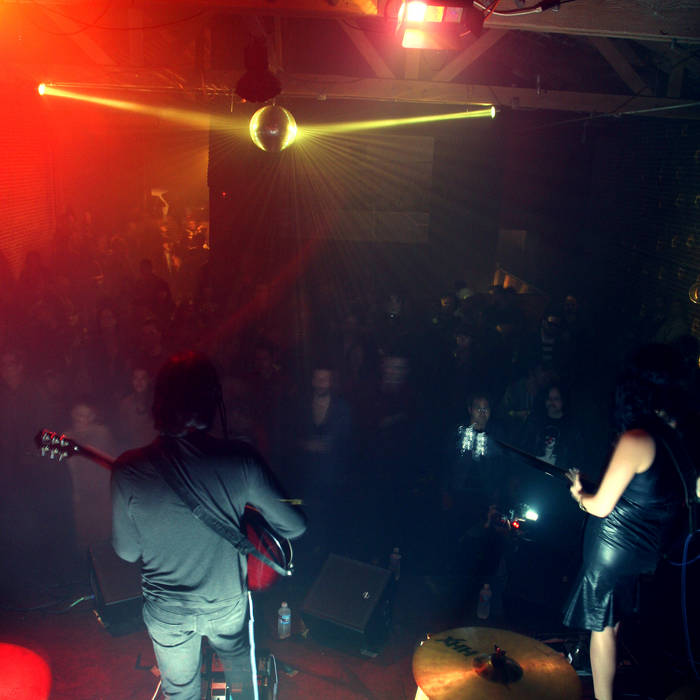 Got live if you want it. Personally I not crazy about live albums that’s much. I was hesitant with Vevey (out on vinyl and cd on the totally fab Cleopatra records) and that came out half way decent. It’s just the way I am about music i guess, the way i'm wired as they say. I love going to shows but listening to them back live not so much. I will say now that I am older I do appreciate it a lot more. It’s like capturing a mood, time and vibe Encapsulated forever. So that’s kind of cool. It’s not for me to judge anyways. You wanted it you got. Here is the first one of many! Live on tour with The Sisters Of Mercy This is a few shows complied so not exactly sure but i'll add that info if i figure it out enjoy! Here is a review from that tour.

It'd be just dandy if rock bands were like your favorite DVDs, if every time you watch them, they're the same, and each and every viewing experience is a great one. But bands are more like motor vehicles: road miles take a toll. Eventually, even luxury cars end up on the junk heap. This evening offered a chance to take the Sisters of Mercy out for a spin again, just to see what was left under the hood. Unfortunately, this vehicle didn't sound so good. Whereas some old cars become vintage vehicles, other older models just get old. Sisters of Mercy came off like a tired, beat-up Ford Pinto tonight, and it wasn't a pretty sight. Back in the '80s, Goth was new and cool. This was before Marilyn Manson, the trench-coat mafia, and countless black-clad mall rats. This was post-Joy Division, the era of Bauhaus and a young 'n sexy Siouxsie and the Banshees, the days of the Batcave -- a London Goth club and a heroin-addicted Nick Cave. Goth fans weren't young, impressionable high school students; they were knowledgeable college kids who knew their way around Sylvia Plath's poetry. So while the obnoxious pop charts featured Wham!'s "Wake Me Up Before You Go-Go", along with other chirpy synth-pop songs, the underground was morbidly grooving to Strawberry Switchblade, Jesus & Mary Chain, and the Cramps. This was a time when the Cold War still existed, boys and girls, and nuclear annihilation seemed a plausible, if not likely, scenario. In the midst of this angst, along came Andrew Eldritch and the Sisters of Mercy. Back in the day, Sisters of Mercy filled the stage with smoke so thick you couldn't always be sure the band was there. Dressed in all black, of course, and accessorized by a black hat and black shades, Eldritch was an old-before-his-time Leonard Cohen for the '80s. Not only did his band allegedly borrow its name from a Cohen song, but Eldritch sang -- if you really want to call what came out of his mouth singing -- in a similarly bellowing tone. He was the vision of death warmed over, and damned if we didn't love him for it! Sisters of Mercy was further enhanced by Eldritch's partnership with guitarist Wayne Hussey. Hussey was a rarity; a Gothic guitar hero. He added six-string licks to Eldritch's funereal last words, leaving us all in a heavenly hell. The Jim Steinman-produced Floodland came out in 1990, and little has been heard from Sisters of Mercy since. But here in 2006, the band has returned to the road. Sisters of Mercy's performance at Anaheim's House of Blues was lame beyond belief. So much so, in fact, no amount of stage fog could have ever covered up this evening's utter awfulness. Where's a Dumpster when you need one? Eldritch's creepy old-man look of days gone by has been replaced by that of an aging man with a shaved dome and a hockey jersey. That's right: Eldritch has taken to wearing bloody hockey jerseys! What could be less Goth than that? Hockey jerseys are for dudes with mullets and classic rock-filled iPods. Eldritch, flanked by two guitarists, played a concert set that didn't include one song from First, And Last, And Always -- Sisters of Mercy's first and best album. In its place, he sang a mostly unrecognizable selection of songs, which may well have been brand new tunes for all I knew. Only "Temple Of Love" struck a familiar chord when it was performed during the encore. The sound was so poor throughout that it was hard to understand just what Eldritch was singing. The group's stage presence amounted to standing still, in a straight trio, and playing an endless string of sound-alike songs. These Sisters had no mercy. The Warlocks should have stayed on stage for both sets, because Bobby Hecksher and company's beautifully droning psychedelic rock was the last breath of fresh air this audience experienced all night. Hecksher admitted that he f-ing hated Anaheim. Even so, his geographically bad attitude didn't affect the man's dizzyingly fine rock & roll performance. Sisters of Mercy may be worth a little something for its parts, but the Warlocks proved it still has plenty left on its odometer. Be advised; you should stick with this year's model. The old one's way past its prime.

The Warlocks started because of the their mutual love of all things Rock and Roll. We love a lot of the 60s, 70s and some 80s inspired music. We are not a retro band though. We all always try new stuff and from time to time hit something great.

Bandcamp Daily  your guide to the world of Bandcamp